Rat Lures fishing for Pike on canals is one of the best tactics for catching pike. Urban canals is home to many rats that seek refuge along these particular waterways.

Rats actively scurry around the sides and often take to swimming across the narrow channels of water and become increasingly active towards nightfall.

Pike have long hunted rats and other waterside rodents as part of there diet, but this tasty food offering is widely available on canals and pike have adapted to hunt this easy to catch meal with a vengeance. 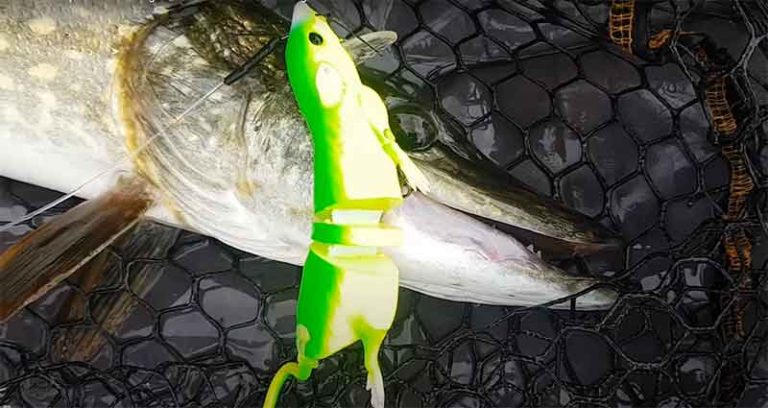 For the lure angler targeting pike one of the best methods is to imitate the main food source of the hunter. Rat lures available today are very successful in this quest to fool a pike into taking your life like rat that looks and moves like the real thing.

Fishing with a rat lure can not be any easier. A simple cast and medium staight retrieve moves the lure just like the living subject.

In reality rats swim on the surface of the water and do not even attempt to dive beneath for any reason. Rats drown very quickly so, they keep buoyant at all costs.

inevitably all rat lure immitations are a topwater lure and any takes are visible which increases the excitement.

On the canal the lure angler should target the opposite bank in a diagonal approach. retrieving back at a medium speed just like the live creature would do in its matorral surroundings.

Long casts down the sides are also productive with some anglers walking along the bank rather than retrieving to cover more water.

It is important to note that pike attacks are visible but caution not to strike until your rod starts to bend is very important. Many anglers fall into the trap of stike on the “splash” of a chasing pike which many times is too early. Its easy to get over excited and make this mistake, just stay calm till the rod bends over and your success will increase.

This is down to the pikes first  attempt is very poor and misses are often , but by keeping calm the pike will quickly readjust itself and will grab its target successfully. 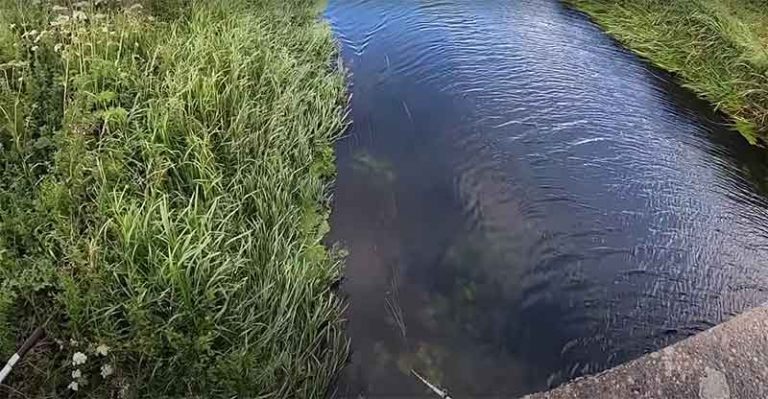 My top 5 rat lures fishing for pike  on canals that i take every session that i can rely on. great life like action that are very simple to use on standard spinning tackle. 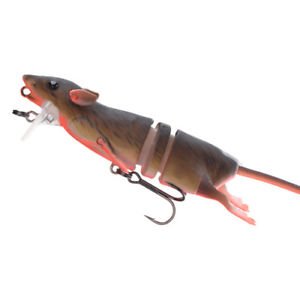 This 3D rad rat lures for pike imitation is very realistic, looking and swimming like a real rat. The rad rat has a hard body with soft plastic ears, legs and tail that move on the retrieve. A topwater wake lure that pike attack aggressively. 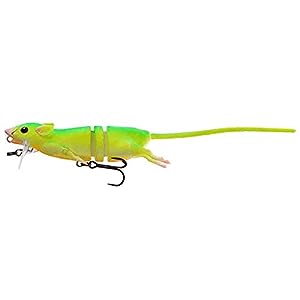 The wheel rat pike fishing lure is a highly successful imitation of the real thing and pike love them. Simple cast and retrieve brings the rat lure to life and used regularly for lure fishing for pike on canals, drains and slow moving rivers. 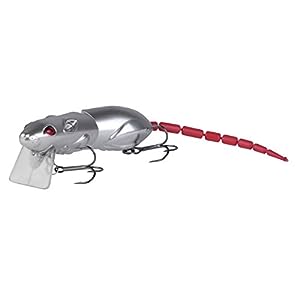 The BBZ Rat Baby is the perfect pint-sized lure that can be fished with most spinning rods. One of my favourite lures for pike on canals and slow moving ruvers for a very good reason, they catch plenty of pike. 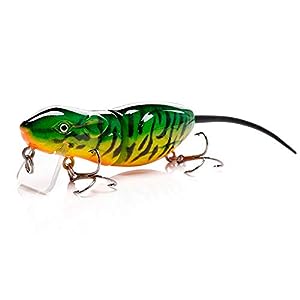 Gilding Rat Top Water Wake Lure with soft tail Acts life like, effectively drawing hungry Pike. This relatively small rat lure casts long distances and makes it ideal for windy conditions. The down facing front lip creates a wake on the retrieve that is perfect for choppy water and stands out to a hunting pike. 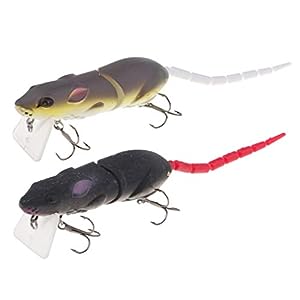 Rat Rodent Top Water Fishing Lures Crank Bait Predator Bait Tackle 15cm Multi-joint Tail and body. An excellent choice that works well and is a cheaper option coming in a pack of two lures. I recommend these lure for there all round value and the ability to catch pike on a regular basis says it all.

The milder months see pike actively attacking at prey fish, rats and even ducklings on or just below the surface. When in a feeding frenzy they will have a go at virtually any artificial lure.

Using topwater lures is one of the most exciting methods for catching mildew weather pike. They will hit the lures with full-on aggression, causing a huge swirl or even jumping clear of the water.

Topwater lures are a great way of covering large areas of heavily weeded water, drawing the pike up from within the vegetation to hit the lure as it passes above the weed.

Good imitation rat lures do not necessary only work in warmer weather. The pike is a visual hunter with vibrations of movement and noise contributing to the ultra senses of locating prey. Waterways such as canals has a large population of rats entering the water.

Pike actively seek this abundant prey predominately in urban areas when they hunt. So, a good rat imitation is the choice you should take in any weather, apart from a frozen solid canal to catch your target species, the pike.